It is now over twenty years since Floyd Risser, who was the A.C.E. representative for Australia and New Zealand, asked me if I would set up a second home school agency in New Zealand. I had worked alongside my husband, Robert, (the then A.C.E. NZ coordinator) as we set up schools in Maungaturoto, Snells Beach, Invercargill and Taupo. I had taught the ABCs several times, worked with new entrants on the Reading Readiness Programme, supervised students in primary and secondary, and had been home schooling my three children on the programme. This involvement meant I had a range of experiences to call upon. However, I felt inadequate for the task and I remember saying to Floyd, “What will I do if they ask me questions I can’t answer?” Strangely there have not been many times I have been asked questions I can’t answer, and it is amazing how often in a conversation, as I ask God for His wisdom, He is faithful to answer my prayer. Although I was not a trained teacher I have since completed a B.A. majoring in English.

The first H.E.N.Z. office was established in a converted garage where we lived in Hamilton. We had a little official opening in April 1997 with our then pastor, David Collins, praying a prayer of dedication. In 1998 H.E.N.Z. moved to Tauranga where we now live. One of the original families is still with me, and the parents are grandparents. The adoption of two Filipino girls meant that their home schooling journey continues. Another of my original “mothers” was such an excellent home schooling parent that I asked her to help me on a part-time basis.

It has been a privilege to serve and to make friends with some wonderful people, who desire to train up their children in God’s ways and who are prepared to pay the price that is involved. In a time when it is “normal” to put young children into day care so that mothers are free to pursue the advancement of their careers and financial gain, home schooling parents make their children a priority. Knowing how Jesus loves children I believe they have their priorities right as they are loving what Jesus loves. 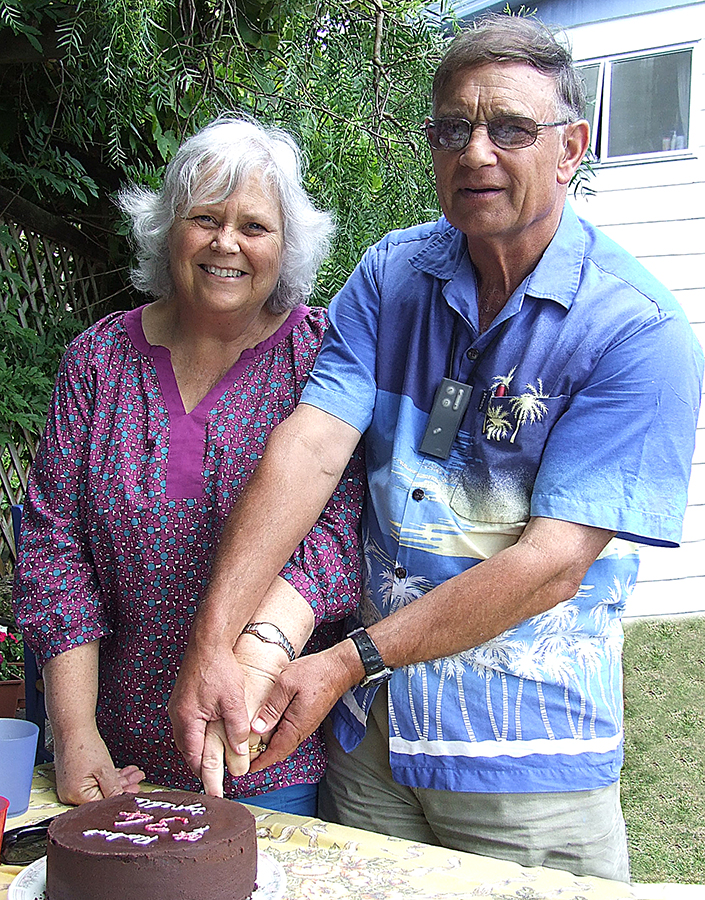 Looking back over those years there have been the ups and downs; times when we have known growth and times when numbers have dropped.  Families have varying levels of commitment, some have strong convictions and with others it is just a preference.  Some are in for the long haul, whereas for others it is just a brief foray for a season. This means that an element of the home schooling community can be transient.

However, whether it is for a short or long period of time it has been my pleasure to see children working at their achievement level and progressing while using the A.C.E. material. It is very rewarding to have a student who is achieving well below their level start on the PACEs and after a few months re-diagnose them to find they are now working several grades above where they started. There is no doubt that the disciplined, orderly approach of mastery learning, at a child’s achievement level leads to success and success leads to confidence. That confidence inspires children to believe that they can do it.

It also thrills me when I hear of my home-schooled students going on to fulfil their potential whether it be in higher education or as good faithful workers in whatever area to which God has called them. The acceptance by New Zealand universities of the NZ A.C.E. Level 3 Certificate has opened the doors for many of our students to get into university courses. Some have gained scholarships because they have Level 3 certificates with honours. One of my students gained a scholarship in engineering and there were two others who were A.C.E. graduates on the same course. She and another H.E.N.Z. graduate were chosen to be on their university’s team on the television programme “University Challenge”.

But the most fulfilling aspect for me is when a parent says to me, “Since I started home schooling my son/daughter I have seen a big change in their attitude.” Some have become more spiritually aware and recommitted themselves to God, partly because of the content of the PACEs and partly from being out of the secular, ungodly influences in state schools and under the influence of their believing parents. That to me is the ultimate success story; to have students being established in their relationship with God. As Slabbert shared at the Educator’s conference in Auckland, “This is eternal life.”